The Articles of Confederation of the USA, America’s original constitution and the only one ever willingly embraced by all of the States of the USA then entering into it,  were unadvisedly, improperly and even arguably illegally abandoned in favor of the federal Constitution. They were simply sidelined and the federal Constitution adopted on a State-by-State basis, albeit with opposition from anti-federalists and even a number of States, contrary to the covenant made in the Articles- a covenant still morally binding upon the USA.  The Articles are a league and covenant of the States of the Christian Anglo-American patriot people (the nation for which they were entered), looking to God as the one who providentially brought them into effect, as the words of the Articles themselves convey:

“…the Delegates of the United States of America, in Congress assembled, did, on the 15th day of November, in the Year of Our Lord One thousand Seven Hundred and Seventy seven, and in the Second Year of the Independence of America, agree to certain articles of Confederation and perpetual Union…The said states hereby severally enter into a firm league of friendship with each other, for their common defence, the security of their Liberties, and their mutual and general welfare, binding themselves to assist each other… to make requisitions from each state for its quota, in proportion to the number of white inhabitants in such state…the Articles of this confederation shall be inviolably observed by every state, and the union shall be perpetual; nor shall any alteration at any time hereafter be made in any of them; unless such alteration be agreed to in a congress of the united states, and be afterwards confirmed by the legislatures of every state…it hath pleased the Great Governor of the World to incline the hearts of the legislatures we respectively represent in congress, to approve of, and to authorize us to ratify the said articles of confederation and perpetual union…”

It is quite evident that the US federal government is on course to be a modern Babel- a “global nation” empire where wickedness is mandated (abortion, removal of Christian prayers in the public schools, “gay marriage”, etc.), power is concentrated with a few in the central government, and Christian Anglo-American patriots are oppressed.  Patrick Henry and other antifederalists presciently warned that this would happen.  It has been evident that the most powerful among us generally support this course, or at least are going to do very little to really seek to stop it and return us to the sounder order of the Articles of Confederation. If we want a Christian constitutional republic for our people, then by God’s grace we must seek a return to the order envisioned under the Articles of Confederation.

Under such circumstances, it is the moral duty of ordinary Christian Anglo-American patriots to use reasonable, legal means to reclaim and restore for our nation the order and covenant to which we originally entered through our States as a people before God. Such an action would return the nation to a sounder basis of union and towards America’s more Biblical foundational principles.  This cause is promoted at https://usa.life/ArticlesOfConfederation, and objections are answered at www.puritans.net/articles/A Response to Objections to the Articles of Confederation.htm . Other information is found in related pertinent articles. Practical steps in this direction are described here.

The first national flag of the USA (the Continental Colors or Grand Union flag) is the banner of our cause and conveys by its symbols our identity and heritage as a people: 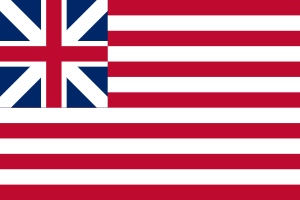